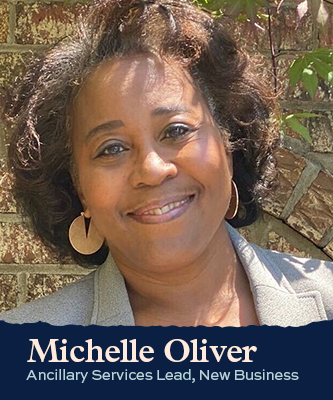 English novelist Marge Kennedy states, “The informality of family life is a blessed condition that allows us all to become our best while looking our worst.” Family is the first place where we become all that’s encompassed in being human.

Michelle’s desire is for God to restore the prominence of the family, since the family is the outcome of God’s command to be fruitful and to subdue the earth (Gen 1:28) and is the place where He desires us to instruct our children to follow Him (Deut. 6:2, 7). Her prayerful hope is to see the fulfillment of Psalm 145:4 repeated family after family, generation after generation.

Michelle has had the opportunity to encourage families to advance this mission through children’s ministry, Bible study groups for moms, and homeschool support groups. Now the Ancillary Services Lead for Classical Conversations, Michelle joined the Classical Conversations family in 2007 just as her husband, five children, and she moved from Virginia to Maryland to support a new church plant. At first, she was determined to travel the distance back to Virginia weekly for Community Day. Instead, God called her to plant CC communities alongside their church plant in Maryland. Michelle began as a Foundations Director and soon stepped into the role of State Manager, planting communities in Delaware, the District of Columbia, and Maryland. In 2010–2011, she began to train other homeschool moms, stepping up as lead learner in the Challenge program. In 2013, Michelle was called to assist with training, and in 2014, she assumed the role of Director of Training for Classical Conversations.

Michelle and her husband currently reside in Springfield, Virginia, with their adult children nearby. After much prayer, in 2017, nearing the end of homeschooling her children, she enrolled in a business graduate program at Regent University and obtained a degree in organizational leadership with a concentration in strategic foresight.

All the unique things God fashioned in Michelle’s life has prepared her for the opportunities He planned according to Ephesians 2:10.