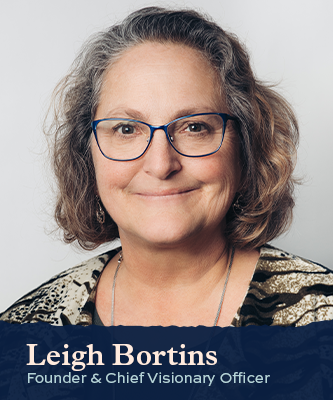 Leigh Bortins is an internationally acclaimed educator, perhaps best known for her ability to demystify the fundamental tools of learning. As a teacher, author, entrepreneur, and international speaker, Leigh is credited with helping to launch the home-centered learning education movement. Leigh is the chief visionary officer of Classical Conversations (CC), which she founded in 1997. CC supports classical, Christian homeschoolers in all fifty states and in thirty foreign countries.

Leigh and her husband, Rob, homeschooled their four sons in North Carolina when they weren’t traveling the globe on field trips. They enjoy watching their grandchildren as they become lifelong learners with their parents.

We use cookies to ensure that we give you the best experience on our website. If you continue to use this site we will assume that you are happy with it.OkPrivacy policy